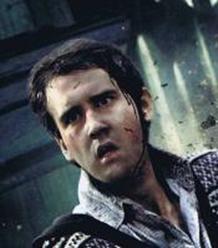 Matthew was no stranger to the acting profession when he won the role that was to be part of his life for the next ten years.

His first role as a 5 year old Scalakid was as epileptic toddler Johnathan Taylor in the TV drama “Some Kind of LIfe”. He then went on to play child roles in “Dalziel and Pascoe”, “Where The Heart Is”, “City Central”, “This is Personal” and “Heartbeat” before going on to win the role that was to change his life forever as Neville Longbottom in all 8 Harry Potter films.

Matthews career continues to flourish, since his Potter days he has appeared in “Bluestone 42” “Ripper Street” “The Syndicate” and “Happy Valley”

Matthew still lives in Leeds and is a staunch supporter of local charities.